In this post, I’ll discuss the Posse “hero” pattern. In the Wild West, a posse is a group of people summoned to assist law enforcement or to constitute a search party. The image that I would like to use for descriptive purposes is the posse as an armed, rowdy bunch of cowboys that have taken justice into their own hands. They have thrown themselves in the midst of trouble, are loyal to each other and stick together. But over time they can lose track of the original purpose of their actions. Constantly in the heat of battle, they are wary of outsiders.

In effect, a posse are lawmen that have started placing their loyalty to one another above their loyalty to law. While the townspeople are still paying their wages, the posse no longer has their well-being as their main concern. Their gang comes first. They are no longer professional lawmen, they apply the law as they see fit.

Just like the Lone Rangers and Young Bucks, some posses take pride in their heroic actions. Others are doing it because they don’t see an alternative any more. Depending on how long a posse exists they can be seen as heroes initially. But often over time, people will start seeing them as a necessary evil that they would much rather get rid of. But that is not an easy feat.

I encountered, and have been part of posses, on frequent occasions. In software, often a posse forms through a software team1 that is under pressure. Whether it is for building new software or maintaining crucial legacy systems, they are working on important, crucial things. This outside pressure has triggered a subset of the original team to group together and step up to tackle the problems. As is to be expected this often tightens the interpersonal bonds between the people, forming a cohesive team that trusts, counts and relies on each other.

When you have a team working hard for a prolonged period of time to make that deadline, chances are good that a good cohesive team will form itself. It is only natural. People stick together and shared battle creates bonds. Even in software. In itself, there is of course nothing wrong with that. On the contrary, a good team can work wonders. That is why companies often pour a lot of money into coaches to help them establish such teams.

However, there is a difference between a good team and a posse. And it is a difference that endangers the original mission of the team. A team starts turning into a posse once their loyalty to each other dominates over their loyalty to the mission. A posse starts to become a problem once they start setting themselves apart from the rest, once they start seeing themselves as heroes. When peers that aren’t part of their core group are outsiders, whom they aren’t particularly welcoming to.

The exceptional circumstances of high outside pressure that formed the posse is also the trigger for their distrust of ‘outsiders’, in particular of the management that placed this pressure on them. Throw some incompetent outsiders into the mix and the posse gets even more convinced of their own superiority. Of the fact that they know best. And that is them vs the rest.

It is important to note that members of a posse aren’t malevolent per se. Although there is the risk of a posse attracting bad elements, in many case people are just looking for the protection that a posse can offer them within a firm. There is safety in numbers.

A posse can exist years past the events that triggered its formation. Even if the people that pressured them are long gone, the deadline lies years in the past, this doesn’t mean that the posse has dissolved. It could even have grown stronger and become more rooted over the years. 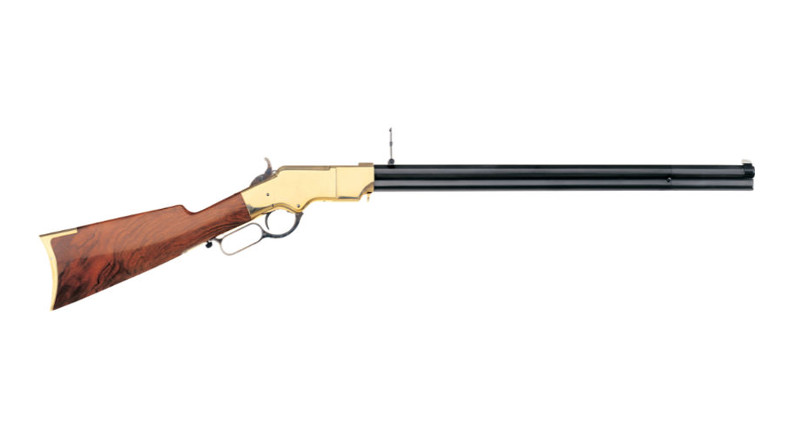 The posse has much of the same problems the lone ranger and young bucks have. But in a group context.

When you have a team that is constantly ‘fixing’ things, things that no one else knows about, when the team spent most of their time on operational problems, then there is a serious problem. Their group loyalty obliges them to cover for each other and keep the thing afloat. But there will be constant ‘small’ issues. Which they will be able to ‘fix’. Until one day they can no longer fix and it makes the evening news…

If the posse team consists of the same people that have developed the software systems in the first place then the problem is even bigger. Then the customer is effectively paying the outlaws to maintain the order in town. Since the posse has then all the knowledge, they have a lot of power. And not always the customers best interest at heart.

A team that places group loyalty above the mission will get more isolated as time passes by since people will only interact with them when it is absolutely necessary. Because it consumes a lot of energy to communicate with them, to get past their distrust and disdain for outsiders. People often see it as a waste of time and will avoid working with them whenever possible.

Another factor is the political weight of a posse. This is of course much greater than that of the lone ranger. Therefore people are less likely to go into conflict, question or expose a posse. The posse has much more power to push certain decisions, or block them. There is power in numbers. Mob rule. 2

The boundaries of a posse don’t have to match the ones of an organizational group. People’s loyalties differ in degrees and can shift over time. The boundaries of a posse are thus seldom a clearly defined thing, as posse boundaries are mostly fuzzy. This makes it hard to pinpoint exact problems as there will be misinformation, intentional or not, and many different views and opinions on topics that concern whatever the core of the posse is working on. It may seem as there are many different problems with a given issue, from many parties. But those different parties are in fact just one. But this is hard to determine.

The mob rule aspect of a posse in combination with fog of war allows the posse the be very resistant to any change they do not like. They can drastically slow down the speed of changes as everything gets ‘debated’ endlessly. This can be a very intentional political tactic. Due to their numbers and fog of war, they can keep pushing back on any outside decisions made on various fronts. Slowing down and/or blocking any change they disagree with.

This can be very expensive as people are constantly arguing and debating but no significant progress is made. The status quo is maintained. Especially in larger organisations, where this can go unnoticed for a longer time, this runs the danger of becoming the norm.

When there is a team that looks with disdain to any outside input and that makes group loyalty a factor in determining the best solution then the software will of course suffer. Good ideas and knowledge get blocked simply because it comes from the outside. Not form our heroic tribe. Even internal checks within the posse are less efficient because one doesn’t critique the posse lightly. Loyalty comes first. Other teams will try to avoid working together with the posse and thus try to work around them. Again, the software suffers.

The fact that a posse was formed to begin with is what was originally wrong. The outside pressure on the team that made them distrust management, leaders and outsiders is the root cause. Especially in large companies, this is in my experience all too common. Software engineers are seen as a resource who need the cracking of the whip so that they code harder. As if writing code is the hard part of software development. But that is another rant all together ;)

The outside pressure that alienates people from the company is the thing that should be tackled in my opinion. Because it is a natural thing to stick together and distrust a bully.

But no matter the circumstances under which a posse is formed, this does not dissolve the posse members of their own responsibility.

Because even if circumstances may not be fair, political games are going on, incompetence may be a hindrance, this still does not put you above the law. Put in professional software terms: the customer is still paying you, you still have a responsibility as a professional to do your job to the best of your abilities. Grouping together with people you trust is a logical reflex. But not everyone is your enemy. The distrust is often misplaced. By placing group loyalty above your professional responsibility you are becoming part of the problem.

This pattern is actually quite dangerous and quite expensive. So it is a good thing to avoid posse from forming. Alas in order to achieve that the industry will need to start looking differently at software development is. And what the cost of imposed deadlines and micromanagement really is. So I’m not too optimistic about that.

That’s why I’m mainly addressing my fellow software engineers. We need to make sure that we aren’t becoming part of the problem. It requires maturity to get past our mistrust and sense of superiority. Or to admit that we may have let things get out of control. However the sense of accomplishment when we are able to constructively work together again and valuable software is more than worth it,